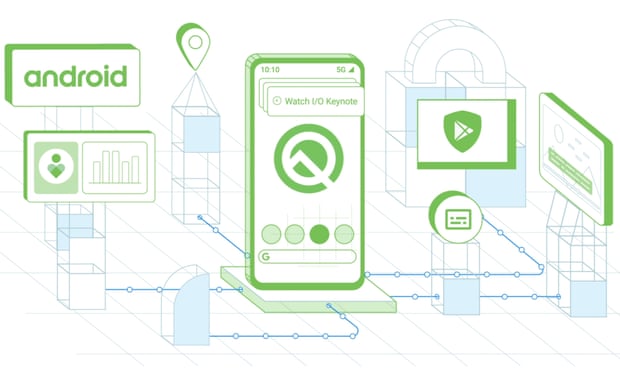 Google took the wraps off the next version of Android 10 Q at its IO developer conference in California this week, introducing a whole range of new features, gestures, AI and privacy advances.

Android Q doesn’t yet have a full name, but it marks a shift-change in Google’s attitudes to how things should work on a smartphone.

When can I get it?
Google has released the third public beta of Android Q this week, so if you have a Google Pixel phone, you can try it right now. It is very much a work in progress, so be warned: not everything is complete and works.

Google has also worked with a variety of third-party manufacturers, including Huawei, OnePlus, LG, Nokia and Xiaomi covering 21 devices in total. Check out the Android Q preview page for more information.

When will it be released in final form?

Google is predicting a final release of Android 10 Q in the third quarter of 2019, which in previous years has meant some time in August. At that point people with Google’s Pixel smartphones will then be able to update, while others will have to wait for their manufacturer to make the update available at a later date.
What will it actually be called?

Android 10 Q-something. Previous versions of Google’s operating system have all been named after sweets or desserts including Kit Kat, Marshmallow, Oreo and, most recently, just Pie. So on that basis perhaps Quince Jelly?

Android 9 Pie introduced a new pill button and new swiping gestures that replaced the traditional back, home and recently-used apps soft keys. It wasn’t universally loved, and other manufacturers decided to go their own way.

Android Q beta 3 takes Google’s gestures a stage further, embracing the back gesture used by Huawei and Honor devices: swipe in from either the left or right edge of the screen to go back. It works great.

It also added a new Apple-style gesture bar at the bottom of the screen. Swipe up on it to go home, up and hold to go to recently-used apps or across it left or right to immediately switch to the next app in the recently-used apps stack.

You can also swipe up and over either right or left and release to immediately switch to the next app, a gesture used by OnePlus.

These gestures may change by the time Android Q is finished, but it’s clear that navigation buttons are out and gestures are in.


Smart replies have been available for a very limited number of, primarily Google, apps for a while, including Gmail and Messages. With Android Q you will get smart replies for many more apps straight from the notification shade using on-device machine learning to predict what you might want to say with one tap. The system will also be able to identify which notifications are important versus those that can be safely ignored. 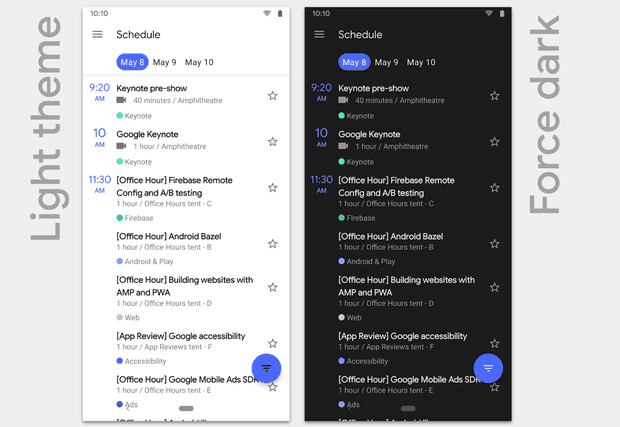 Night or dark modes are all the rage at the moment. While other Android manufacturers have implemented their own versions, Google has lagged behind. Android Q finally introduces a system-wide dark theme, which can be enabled all the time or just at night.

If you like white text on a black background, this is for you. Your phone’s battery may thank you if you are using one with an OLED screen as only the pixels that aren’t black consume battery power.

Faster updates while you’re using your phone
App updates are annoying, and operating system updates even more so. Google’s new Project Mainline aims to aid the latter by taking direct responsibility for security and back-end updates of Android and delivering them via the Play store, rather than a full system update as it is now. Google hopes this will speed up updates from third-party manufacturers and be less disruptive to users, as the phone will not always need rebooting to install them.

Meanwhile the new in-app updates API will, in theory, allow developers to update their apps while you are using them, instead of having to quit the app, install the update and go back to where you were.

Death of Android Beam
Android Beam, which shares files, photos or other data between phones, is being killed off with Android Q. You may never have used it, but if you placed two phones back-to-back you could share files without using the internet. 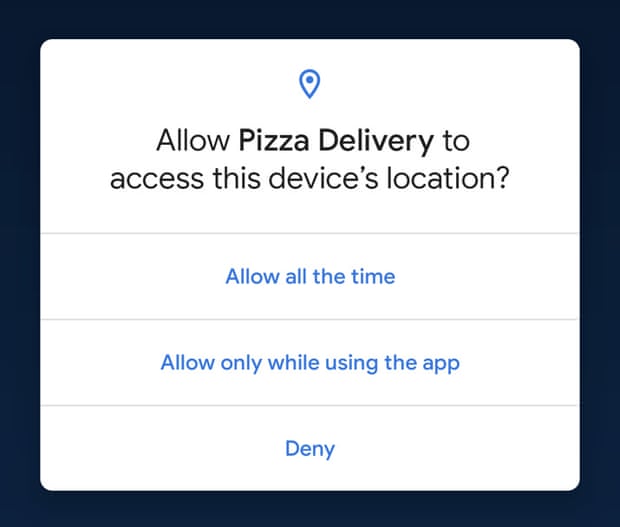 Google talked a lot about the privacy of user data at IO, including making a series of changes to Android to allow users to have greater control over permissions, sensors and other bits.

The first is additional controls for things like location access. Following Apple, Android Q will be able to limit location access to only when the app is being used, never or all the time.

Scoped storage will give users control over which apps can access which files or sensitive data. Apps will also be blocked from taking over the screen from the background, something malicious apps do to steal your passwords and data. Access to more sensitive parts of your phone such as unique device identifiers will be limited, too, while you will be able to disable your phone’s sensors if you are not using them and access more apps in an incognito mode, including Google Maps.

Finally, Google is making great strides in on-device AI, including voice understanding, which removes the need to transmit your audio to Google’s servers to interpret. That improves privacy, and speeds things up tremendously.

Live captions does what it says on the tin: puts captions or subtitles on any audio or video in real time. It does so using on-device AI to transcribe the audio in real time without needing internet access. It will even work with things you record yourself.

Google designed the feature with the hard-of-hearing in mind but, given the number of people who watch video with the sound muted, the feature could prove incredibly popular 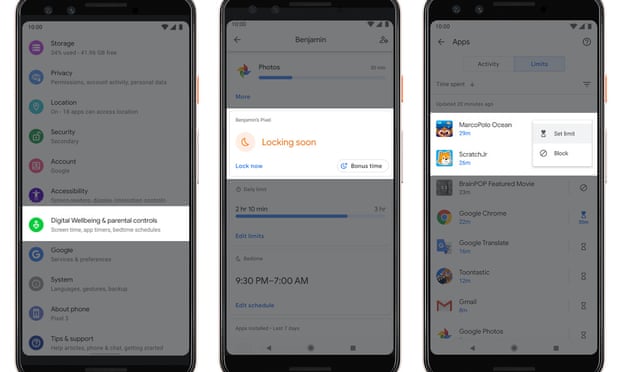 Google is beefing up parental controls on Android using its Family Link feature, which will now be built into the settings app on Android Q. Parents can set up a new phone or device for their child, link it to their account and take control over screen time limits and app installs, track their child’s usage and set things such as a bedtime when the phone shuts off.