Why You Should & Should Not Use A Custom ROM.


When it comes to having an Android phone, there is always a buzz about these questions:
Android, being an open-source platform allows OEMs to show their creative and technical potential by enabling them to design their own UI and providing some exclusive features . There are some platforms which create Custom ROMs for phones for giving people a new experience while using the same phone.


The most important reason why people tend towards using a Custom ROM is: The "LATEST" version of Android. Any Android phone that comes in the market is supposedly scheduled for a maximum of 2 OS upgrades (like if your phone has Android N, it would go up to Android O & P). But, consider these cases:a. You already got 1/ 2 upgrades and will not be receiving anymore updates.b. Your manufacturer / carrier is causing delays in giving upgradec. Your phone is scheduled for any upgrade. If you have any of the above cases and want to run the latest version of Android, a Custom ROM is just the key.


Deleting Bloat !
When you purchase a phone from a carrier, it often comes packed with bloatware.  These apps clutter your system and waste disk space. Manufacturers even add their own software before the carrier gets to it, so you have two companies each adding their own bloatware to your phone before it gets to you.
Some places you might have read you can remove bloat apps by "disabling" them. But the truth is that it doesn't clear up your space. The app is still on your phone, just not on your screen or drawer.

"Skinning" is the thing every other OEM does to Android to make it feel different than the other. But not all of them have been loved for several reasons one of them being user-friendliness. If you do not like the skin your OEM has given to you, you can't just switch to the "vanilla" look. To achieve this and remove all manufacturer apps, you'll need a Custom ROM. 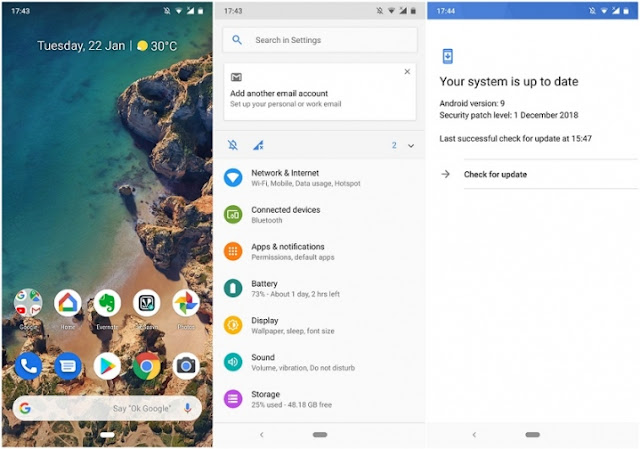 (This is how Google's version of Android 9 Pie looks)
If you don’t mind your device’s skin or is loving the skin  or you’re using a Nexus device that already comes with a stock Android system, there’s no reason to do this.
So, I hope this thread might have given you an idea about why you should or should not install Custom ROMs. Its not that installing such ROM is bad but you should have a complete idea about it (like reverting back to your stock ROM) before you try to installing.


Tweaking Features !
With Custom ROMs you can enable / disable features as per your likes. Some of them are:


The Negatives !
After all these positives, let's discuss the negatives you might run into while using a Custom ROM: