What is NFC and Why Should We Use It?


NFC is something you may often hear mentioned with regard to new smartphones, but it's something which few people know about, or even use. Yes, it’s an acronym, but not all acronyms have to be scary. NFC is both easy to understand and can be incredibly useful. Here’s all you need to know about what NFC is and why you should use it.What is NFC?

NFC stands for Near Field Communication. Essentially, it's a way for your phone to interact with something in close proximity. It operates within a radius of about 4 cm and provides a wireless connection between your device and another. This allows for two-way communication, with both devices involved being able to send and receive information. This NFC connection does not rely on Wi-Fi, 3G, LTE or otherwise, and it doesn't cost anything to use. 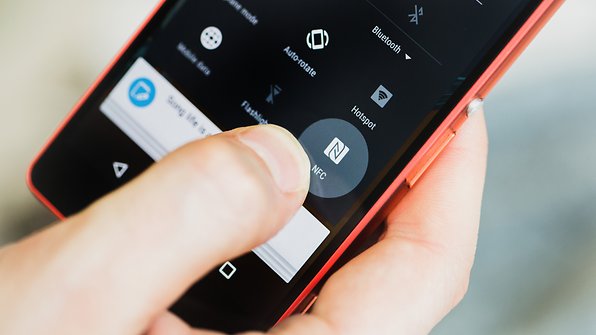 What is NFC? Find out here.
If you live in the UK, you have probably been using NFC for years now without even realizing it. You know those three curved lines on your credit or debit card that allows you to make contactless payments just about everywhere these days? Well, that's NFC. The first high street retail chain to introduce was Eat, was back in 2008. Now, the same technology is available is most Android smartphones, meaning you can use services such as Google Pay to digitalize your whole wallet. 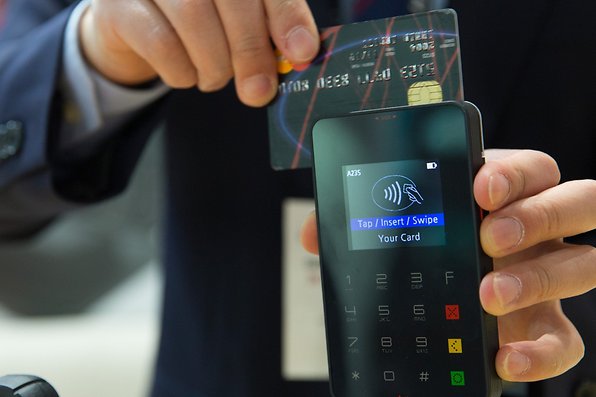 NFC card payments, known as contactless, have been available in the UK for a decade.
How do I know if my Android smartphone has NFC?It's very simple. Just open Settings > More or Settings > Wireless & Networks and see if there's an NFC option hiding in there. Most smartphones that have NFC place a small NFC logo on their rear panels, too. 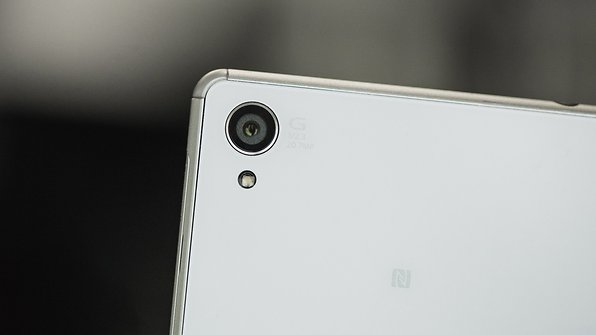 The inconspicuous NFC logo below and to the right of the camera.
How does NFC work on Android?NFC transmits or receives data via radio waves. It's an established standard of wireless communication, so if devices stick to the NFC protocols they'll be able to communicate with each other. It differs from Bluetooth in that it functions through electromagnetic induction. This means there can be a passive device, such as a poster or sticker, requiring no power source of its own that can transmit data when an active device, like your smartphone, comes into contact with it.As an active NFC device, a smartphone can send and receive data over NFC. It encompasses the full range - three modes - of NFC:
Some problems with NFC on Android 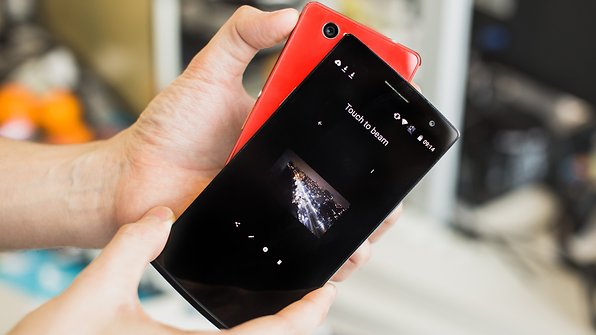 Simply find the photo you wish to send on your device, then hold your handset next to another NFC enabled smartphone and tap "touch to beam".  Get started with NFC on AndroidFirst you need to enable NFC and Android Beam on both devices (Settings > More), then all you need to do is go to the file you wish to send, like a photo, and tap the devices together. That’s right, you don’t even need to select any “send via” options. Put the devices back-to-back, and when it asks to confirm the transfer just hit "touch to beam". 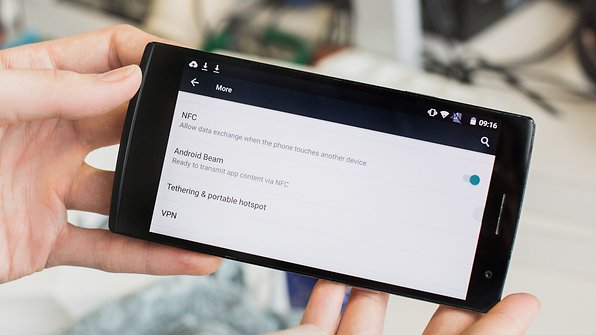 In the Settings > More, make sure NFC is enabled.
What can I use NFC for?1. Send a phone number“Hey I just met you, and this is crazy, so here’s my number, via NFC” as the hit song of yester year goes. NFC is the simplest way to give a person your digits because you don’t actually have to type any digits.

Just navigate to a contact in your address book (it can be yours or somebody else's), then press your phone to the recipient's. When your phone says “touch to beam”, just tap the display.
When is it useful?
When you’re too drunk to type numbers. 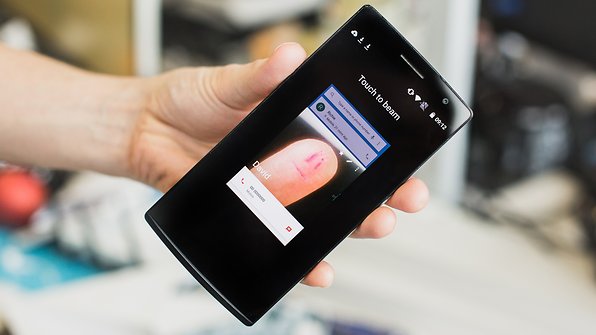 Snapchat isn’t the only way to quickly send somebody a lewd picture - you can also use NFC. Open the picture you wish to send in your preferred image viewer, then bring the phones together.
When is it useful?
When you’re next to somebody who wants a picture you have on your phone.

This can be a slightly tricky process. For example, if you try to send a PDF document you are reading, it will more than likely beam the PDF viewing app rather than the PDF file itself.
In these cases, you have to use Android Beam. Navigate to the file you want to share, tap the three tops (hamburger) icon, tap Share, then select Android Beam. You are now clear to bring the devices together.


When is it useful?
When you want to explain the Carcassonne "farmer scoring" rules and have a digital rule book open on your device.
4. Direct someone to your new favorite app

“Yo, that weather app looks great, what is it?” Just let me press my phone on yours and you’ll find out. Yes, with NFC you can direct fellow Android fans straight to the Play Store to pick up your favorite apps or games. As long as you are using the app or game at the time, NFC will direct the recipient to the app's Google Play page.
When is it useful?


When somebody sees you playing a great Android game and wants to get in on the action. 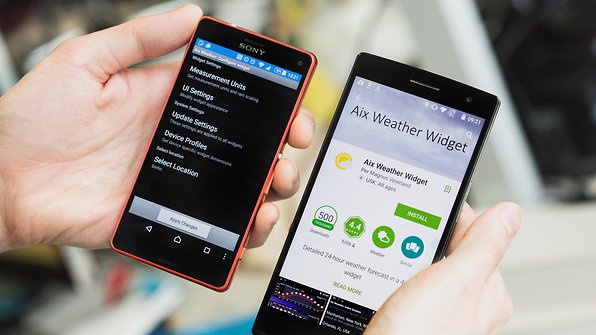 If somebody is interested in an app you're currently using, beam them to the Play Store.
5. Send directions

There are many occasions when you are required to explain directions to somebody, but with NFC you don't have to. Use Google Maps to create some directions, then slap your phone against another. Beautiful.
When is it useful?
Well, it's not useful when you are directing someone to your location. They would already need to be next to you to complete the transfer. 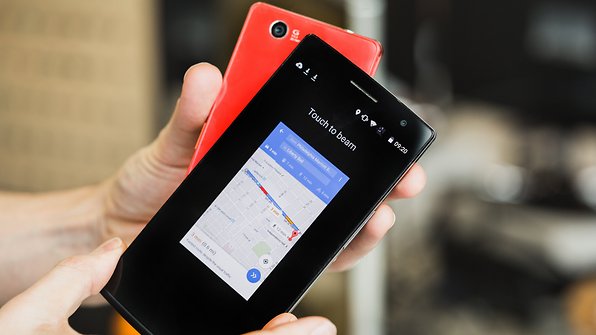 Second star to the right, and straight on till morning.
6. Launch an app on someone else's phone

If you are using an app or playing a game that is already installed on someone else device, you can launch it for them. Say you are using Google Photos and your friend wants to check their photos too, but can't find that app: tap the phones together and beam.
When is it useful?
Okay, the useful cases for this are quite limited; it's more for fun than anything else. Unless a person has a million apps and really can't find the one they need but you can.
7. Connecting with NFC tags

NFC tags are small physical “tags” or “stickers” containing NFC chips that can be programmed to provide any kind of information to your smartphone. Typically, an NFC tag contains links to a web address, but it can also be set to perform certain actions with your smartphone, like turn on the Wi-Fi, or turn down the ringer. Where NFC presents an advantage over current QR technology is that there is no need for a “scanner app”: the information is immediately available.
When is it useful?
In the future, these tags could be embedded into just about anything. For example, an NFC tag could be used in a restaurant menu to make the most up-to-date version of it available immediately on your phone. All you would need to do is bring your smartphone into the proximity of the physical menu, and you could potentially browse more detailed information of certain menu items, like nutritional values or ingredients.
NFC tags can also be set up to control devices from your phone, for example scanning a tag with your phone could boot up your PC, or you could have a tag on your bedside table that switches your phone to night mode automatically.
If you'd like to experiment with NFC tags, there's nothing to stop you from buying some NFC sticks and playing with the possibilities. 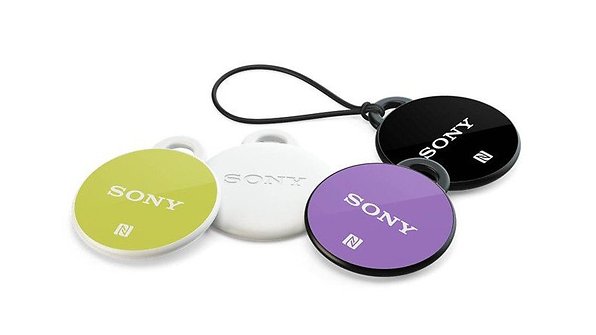 NFC tags can trigger predetermined actions on your smartphone.
Is NFC safe?NFC communication happens over the air, and there is no real protection against eavesdropping and what is often referred to as man-in-the-middle attacks. However, due to the very close proximity required for NFC to work, these vulnerabilities are not such a big issue. After all, a thief would have to be within centimeters of your deceive to skim your data via NFC. If you are using Google Pay, you can rest assured that your credit card number is never transmitted. Instead, an individual digital account number is used to identify your payment details.

There you have it. NFC provides the quickest way to set up connections between electronic devices and provides the fastest solution for file transfer between handsets in close proximity. NFC is great for when you’re out of credit, out of data, have no Wi-Fi or carrier signal, or don’t have a cable to do a PC transfer. It’s quick, easy, and bumping two phones together is fun.