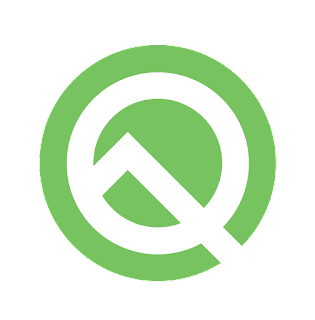 The wait is finally over—OTA files and factory images are going live for the first public Android Q beta. If you’re the owner of a Google Pixel, Google Pixel XL, Google Pixel 2, Google Pixel 2 XL, Google Pixel 3, or Google Pixel 3 XL (yes – all three Pixel generations are being supported), then you have the opportunity to test the next major Android version right now by either flashing the update manually or enrolling in the beta and receiving the update over the air. Android 10 Q brings a number of new feature additions including a system-wide dark mode and a revamp in permission management. The first beta release is available while the final release is expected to land in early August. As we’ve talked about previously, privacy is a big area of focus in Android Q. It’s the first thing Google brings up in their details about the update. Users have more control over when apps can get location with a new option for “Allow only while the app is in use.” You won’t have to worry about an app pinging your location in the background.
Privacy is more than just location sharing. There are more controls for allowing apps to access shared files and new runtime permissions to control access to photos, videos, and audio. Apps must use the system file picker for downloads and there are changes for developers on how apps can use shared area on external storage. You can read more about that here.
Android Q will prevent apps from launching an activity while in the background and taking over your screen. Google is encouraging developers to use high-priority notifications instead more info about that here). Other privacy features include limited access to device identifiers such as IMEI and serial number. MAC addresses will be randomized when connected to different Wi-Fi networks by default as well. Android Q includes more support for the trendy foldable phone form factor. There are changes to the onResume and onPause functions to support multi-resume and notify an app when it has focus. They’ve also changed how the resizableActivity manifest attribute works to help developers manage how apps are displayed on foldable and large screens. The Android Emulator now supports these new multiple-display types. Android Q makes sharing easier with Sharing Shortcuts. This lets users jump directly into another app to share content. Developers can publish share targets that launch a specific activity and these are displayed in the share UI. Sharing Shortcuts work similarly to App Shortcuts, so Google is expanding the ShortcutInfo API to make the integration of both easier. The API will also allow pre-Android Q devices to use the functionality in Direct Share.
Android’s share menu has long been complained about for being laggy and annoying. This update could finally fix those issues, but we’ll have to see how it works in action. Since the new share API uses a push rather than pull model, Google claims it’s much faster since it doesn’t have to populate the menu every time it’s called. A new Settings Panel API makes it possible to show key system settings directly in the context of an app. This takes advantage of the Slices feature that was included in Android Pie. The settings panel is a floating UI that can be invoked from an app to show system settings and toggles. They give the example of a browser being able to display a panel with connectivity settings.

Android Q has increased the location protection around Bluetooth, cellular, and Wi-Fi network scanning. They are now requiring fine location permission. Google is also adding new Wi-Fi standard support, WP3 and OWE, to improve security for home and work networks as well as open/public networks. Adaptive Wi-Fi can now be requested by enabling high performance and low latency modes. Google says this will help in areas like gaming and voice calls.

In Android Q, apps can request Dynamic Depth images that consist of JPEG, XMP metadata for depth elements, and depth and confidence maps embedded in the same files. This will make it possible to offer specialized blurs and bokeh effects in apps. Google says the data can also be used to create 3D images or support AR photography in the future. Dynamic Depth is an open format and they’re working with OEMs to make it available on as many devices as possible.
Android Q includes support for some new audio and video codecs. It supports the open source video codec AV1, audio encoding using Opus, and HDR10+. The MediaCodecInfo API introduces an easier way to determine the video rendering capabilities of an Android device. This makes it easier to always choose the best possible video quality to render.

Google is working on a standard, updateable OpenGL driver for all devices built on Vulkan. Android Q adds experimental support for ANGLE on top of Vulkan. ANGLE allows apps and games that use OpenGL ES to take advantage of the performance and stability of Vulkan and benefit from a vendor-independent implementation of ES. Android Q is planning to support OpenGL ES 2.0.
The goal is to make Vulkan a broadly supported developer API for graphics. Google is working with OEMs to make Vulkan 1.1 a requirement on all 64-bit devices running Android Q and above. You can download the OTA image files to directly update from the latest March 2019 security patch release for the Pixel 2, Pixel 2 XL, Pixel 3, and Pixel 3 XL. If you have an unlocked bootloader and have modified the boot image to install TWRP or Magisk, you’ll need to flash the factory image file. General instructions on how to do so can be found in the next section.

How to install Android Q Beta 1 on the Pixel 2, Pixel 2 XL, Pixel 3, or Pixel 3 XL
If your device is rooted or you’ve made any changes to the system or vendor partitions, you’ll need to install Android Q using a factory image. If you haven’t unlocked the bootloader yet and are on the latest Android Pie release, then you can sideload the OTA to save some time. Before you begin, set up ADB and Fastboot by following this tutorial.

If you want to see screenshots of each step, this guide will help you. Although it was written to help users flash monthly security patch updates, the steps are the same to flash a major Android release.