The world of smartphones is going to look very different in 2019 than in the years prior. Instead of seeing incremental changes and improvements, silly notch size comparisons and feeble iPhone copycats, we’re seeing some genuine originality and creativity. Sony has stretched the phone, Nokia has riddled it with cameras, Huawei and Samsung have folded it, Energizer has fattened it up, and Nubia has bent it around the user’s wrist.


These experiments aren’t all going to turn into great products, but the overall thrust toward exploring the boundaries of smartphone design for a winning new formula sure makes for an exciting show. 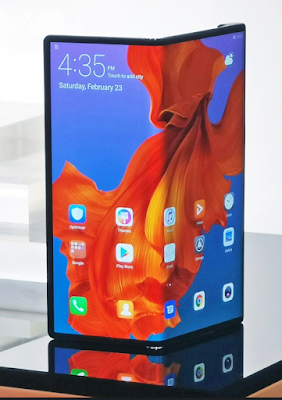 It’s difficult to overstate the splash that the Huawei Mate X made upon its debut at MWC. Even with an unfortunate leak the day before its official announcement, this phone-tablet hybrid still grabbed the spotlight with its polished, ultra-thin design and handsome display. Huawei asserted its design credentials with a device that folds without a gap to a very reasonable thickness of 11mm, while measuring just 5.4mm when opened up. With minimal bezels around the screen and a triple camera system integrated into a grip on the side, the Mate X looks like a terrific first draft for our foldable phone future.
At a price of €2,299 and with a release date sometime around June, the Mate X is a distinctly premium, distinctly of-the-future device. Being made by Huawei, it’s also not going to be sold in the United States at all. Which means that the best foldable so far has many hurdles to overcome before it’s able to reach everyone’s pockets — but the movement toward our foldable future has begun. 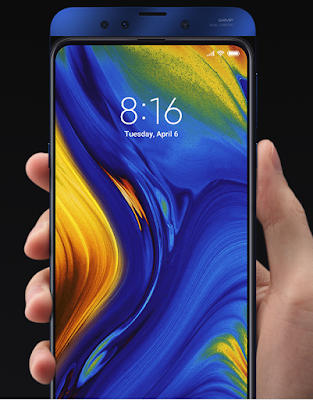 Mi Mix 3 5G has a top-tier spec, built around the latest Snapdragon 855 processor, and it achieves a prettily minimal bezel by tucking the selfie camera away behind a slider mechanism.
The addition of 5G to the Mi Mix has necessitated an improved cooling system and a sizeable 3,800mAh battery, which are great features to have whether or not you have a 5G network to connect to. LG has done similar things with its V50, bumping up its battery and cooling capabilities to account for the greater demands of the 5G hardware. Xiaomi’s Mi Mix 3 5G is in the lead today because of its top spec and highly reasonable €599 price.

It is an empirical fact that the new LG G8 ThinQ is absolutely stunning in red. People might complain that the G8 hasn’t advanced much relative to its predecessor — the G7 ThinQ, which in itself wasn’t a particularly groundbreaking smartphone — but I’m inclined to disagree. LG has put a new OLED panel on the 6.1-inch G8, which the company boasts is the best OLED display in the world. That screen is also used as a speaker, which contributes to an audio system that  still considered as the best in the mobile world.

The G8’s main camera has 1.4μm pixels, a long overdue upgrade that should help LG catch up on the imaging front. And whether you choose the two-camera or three-camera system on the rear, LG fits all its lenses and sensors under the same Gorilla Glass surface as the rest of the phone, leaving you free of any camera bumps. It’s a slick and refined look. In a year of wild experimentation, LG’s more restrained approach of polishing up the basics might just pay off.

No phone at MWC combined basics and aesthetics better than the Punkt MP02. This black slab does phone calls, text messages, alarms, and little else. The MP02 is the phone for people who want to escape the barrage of notifications and alerts tugging at their attention. Its basic UI concept is to eliminate the ever-present indicators even for fundamentals like signal strength or remaining battery, with the idea that “if there’s no indicator, everything is fine.” It’s relaxing just to contemplate that idea.

The Punkt MP02 even has a 4G connection for VoLTE calls and tethering to connect the noisier devices in your life up to the internet. 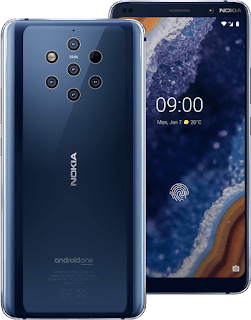 Differentiating a smartphone through its camera performance has become extremely difficult in recent times because smartphones are now almost universally good to great at taking photos. What you have to do is go to extremes, and the extreme is where we find HMD, the company building phones under the Nokia name.
The new Nokia 9 has five cameras on it's rear: two colour sensors and three monochrome ones. HMD’s designers didn’t want to just do some boring column or row arrangement, and they’ve organised the 9’s cameras, together with their accompanying flash and depth sensor, into a unique circular formation. This makes the Nokia 9 unmistakably recognisable at first glance. Should the images from the camera live up to the hype, this device is likely to become yet another iconic design from the brand that gave us the Lumia 1020, Nokia N9, and so many other memorable phones.