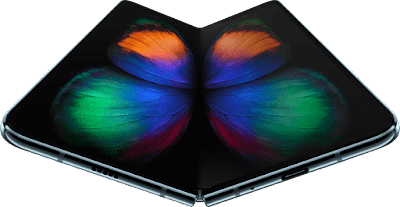 2019 is set to be the year where foldable smartphones go from sci-fi pipe-dream to actual physical product you can buy. We're still a little off from seeing this new kind of device in stores, but here's everything we know about foldable so far.
What's a foldable phone?
As the name might suggest, a foldable phone is a smartphone with a bendable display. We've seen a few different implementations across concept devices and products, but flexible screen technology is what sets a foldable device apart from a traditional smartphone. In some ways, a foldable doubles as both a smartphone and a tablet.
What Makes These Phones Foldable?
Sure, we had flip phones that were folding back in the ’90s and 2000s. But we’re in the age of smartphones now, and if you tried to fold your smartphone in half, you’d end up with a broken phone. That is unless your smartphone has a flexible OLED display, a polymer screen, specialised components, and a jointed case. Foldable phones are filled with a ton of revolutionary tech, but the most ground-breaking component that you’ll see is the famous, flexible OLED display. 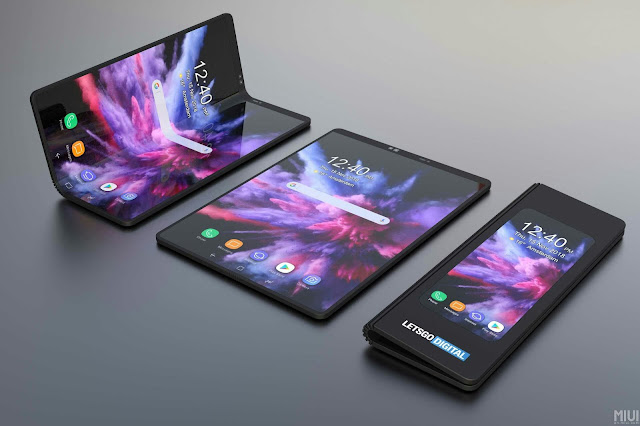 Organic light emitting diode displays (aka OLED displays) work by pulsing electricity through a mesh of organic compounds. They are extremely thin, flexible, and vivid. They don’t require a backlight, and they can produce bolder colors than thick LED displays.
Manufacturers like Samsung and Royole have been developing OLED displays since about 2011, and these displays have already found their way into a lot of consumer-grade products. Why has it taken so long for foldable phones to become a thing? Well, businesses have had to figure out how to make all of the other components in a phone flexible, too.
Glass isn’t very flexible, in case you were wondering. As a result, manufacturers have had to develop bendy polymer screens for flexible phones. Powered circuitry and lithium-ion batteries can catch on fire if you flex them back and forth, so manufacturers have had to find a solution for that. Aluminium and plastic phone cases are technically bendable, but they’ll snap after a couple of folds. See where this is going? Everything that you’d expect to finding a cellphone has to be revolutionised for use in a foldable phone. 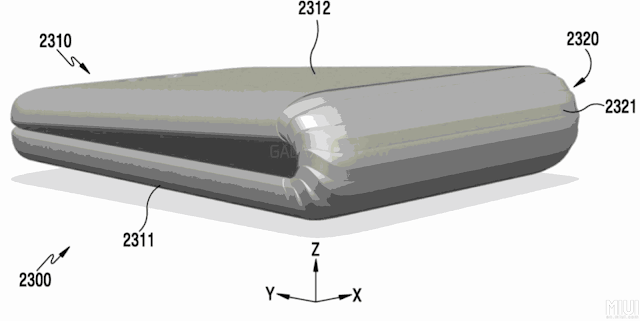 Xiaomi also is working on a three-panel foldable phone. Rather than just folding in half, two side panels can fold backward to provide a more conventional sized display.
Foldable Phones Offer Endless Possibilities.
So, what are we going to do with foldable phones? It’s kind of hard to figure out where this trend is going because manufacturers have already taken the tech down a variety of unique paths. 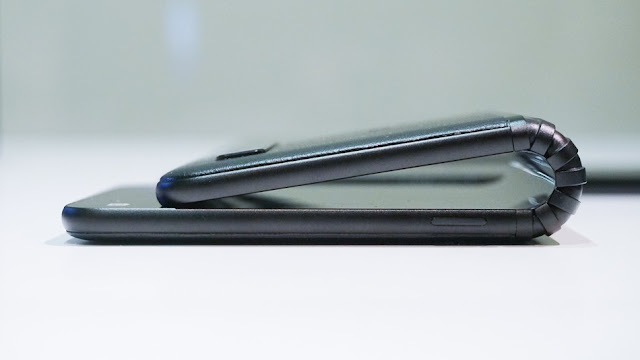 We know that some devices can expand into tablet-sized smartphones, and that’s pretty cool. You can use these like regular smartphones when you’re walking around, or you can fold them out into tablets when you want to video-chat a friend or get some work done. Phones that double as a tablet could change how we consume media, and they could make it even easier to do work on the go.
There are also devices, like the Motorola RAZR 4, that take foldable technology in the other direction. The RAZR 4 folds in on itself like a flip phone, and essentially turns your bulky cellphone into a much smaller device. Some tech demos have shown foldable phones that can wrap around your wrist, and Apple acquired a patent for a phone that rolls up like a scroll, oddly enough.
This technology is so new and ground-breaking that manufacturers aren’t sure what to do with it. And that’s a really exciting thing because the format of smartphones can finally evolve into something greater.
The Tech Can Get Bent Out Of Shape.
A lot of the problems with traditional smartphones have been worked out. Their screens are durable, they have tolerable battery life, and they’re relatively easy for people to use. But foldable phones will set us back a bit. They have larger screens that require more battery power, they’re made of materials that aren’t very durable, and they will work differently from the average smartphone.

The biggest complaint that you’ll hear about these phones is probably going to be their plastic screens. No, they won’t shatter like glass, and companies like Royole have gone out of their way to wave around slogans like “say goodbye to broken screens,” but that idea is a bit misleading. Remember how iPods had plastic screens that would get scratched and scuffed in your pocket? Yeah, foldable phones are going to have the same problem. And since these phones are foldable, you’re not going to have a lot of luck finding a screen protector.
But the screen isn’t the only fragile part of a foldable phone. Manufacturers are going to have to stray away from hard metal or plastic phone cases in favour of materials that can handle being bent hundreds of times a day. The hinges on these foldable phones are going to be serious weak points (they were on flip phones too)because they’ll mostly be made from plastic and light metals. The OLED displays on these devices will also be an issue because OLED’s can suffer burn-in over time (like a TV), and the organic material that they’re made from is very vulnerable to moisture.
Battery life, software compatibility, circuitry, and ease-of-use will also be hurdles for these phones. But some people may not be too worried about these smaller issues, and they’ll be resolved long before foldable phones reach a consumer-friendly price.